10 Places to Visit in Florida that Aren’t Disney World

When most people think about Florida vacations, the first place they think of is Disney World. For some people, Disney World really is the happiest place on Earth, but to be honest, I’m not really into it. As a kid, it was magical, but now that I’m a 35-year-old adult with no kids of my own, I don’t see the point. It’s hot, crowded and incredibly overpriced (and plans to raise prices even higher).

The good news is, Florida is a big state with lots of other great places and attractions. Here are 10 places to visit in Florida that aren’t Disney World.

It’s an extra happy Friday today because opening night of @gasparillafilm is just 4 days away! 🎬 6 days, over a dozen venues and 120+ films… Count us IN! 🤩 What film are you most excited for?! 🎥 Check out @gasparillafilm for details and the link in our bio for more March events. #UnlockTampaBay #GIFF • • • • • 📸: @daryasvirina 📍: @tampatheatre

I’m putting Tampa on the list first because it’s the city in Florida I know the most about, having lived just outside of the city for nearly 15 years. Tampa has a little bit for everyone. If you like sports, you can see a Buccaneers or Lightning game (the Rays actually play in St. Petersburg). Tampa has a ton of great Spanish restaurants, including Columbia, which is my absolute favorite. It’s also the home to some great craft breweries. Ybor City and Channelside are the places to go for nightlife and if you do need your theme park fix, they have Busch Gardens, home to some wild roller coasters.

St. Augustine just might be our favorite city in Florida. You get the beach, history and tons of cool bars and restaurants! Check out our latest post for a weekend guide to the city. https://mustlovetraveling.com/st-augustine-weekend-guide/

St. Augustine is my favorite city in Florida. The beaches in St. Augustine are great, but they also have an awesome historical area filled with bars, entertainment, cute bed and breakfast hotels and cool museums. It’s a great place to spend a weekend. I recommend checking out Castillo de San Marcos, visiting the Lightner Museum and spending a day on the beach. If you want more info, we wrote an entire weekend guide on St. Augustine that you can find here.

In the early 1900s, Greek sponge divers came to Tarpon Springs, making the city one of the largest Greek populations in the United States. Tarpon Springs is filled with fun activities, cute shops, and great Greek restaurants, making it a fun place to spend a day. We recommend taking a boat tour to learn about sponge diving, eating at Hella’s and ending the night at the Replay Museum, an arcade filled with vintage pinball machines.

Sarasota is located along Florida’s Gulf Coast and is home to some of my favorite beaches. They are generally less crowded and more relaxing than some of the other beaches on the Gulf Coast. My favorite is Siesta Key because of its beautiful water and white sand.

Sarasota was also the home of  John and Mable Ringling of the famous Ringling Bros Circus. The Ringling’s had a giant collection of art and antiques and the grounds of their home have been turned into what is now known as the Ringling Museum. You can spend an entire day in this museum, viewing their massive art collection, exploring the Circus Museum and touring their 56 room mansion called Ca’ D’ Zan that overlooks the water.

I can’t think of another place in the world like Key West! It’s a great place for fun, relaxation and even a little history. It’s a popular spot for snorkeling and diving due to its coral reefs but is also a great place to do some deep sea fishing. If you’re looking for a party, head to Duvall Street. This mile-long stretch is home to some of the best bars and restaurants in Key West. If you’re looking for history, check out the home and museum of Ernest Hemmingway. You’ll likely see at least one of about 50 6-toed cats roaming this property!

The Ft. Lauderdale / Miami area is a lot different than some of the other areas of Florida. It’s strong Latin American influence makes you feel like you’re in a different country. Many of the street signs are even in Spanish! The people in this area know how to have a good time. Spend a day at the beach, try some delicious Cuban food or have a top-shelf experience at one of their many nightclubs.

Join us on Saturday, April 6 at 11 a.m. as space shuttle astronauts James Buchli and Janet Kavandi are inducted into the U.S. Astronaut Hall of Fame. The ceremony will take place in the Space Shuttle Atlantis attraction and is included with admission — see you there! 💫 ⠀⠀⠀⠀⠀⠀⠀⠀⠀ #KennedySpaceCenter #JoinTheJourney #LookUp

About 45 minutes from Orlando is Florida’s Space Coast. Home of the Kennedy Space Center, this is a great destination for both kids and adults. Try to coordinate your visit with a rocket launch! I remember doing this as a kid and absolutely loving it. Close by is Cocoa Beach, known as the surfing capital of the East coast and home of famous surfer Kelly Slater. Take a surfing lesson or if you’re brave, try parasailing! If you can’t make it to the space museum, you can often see rocket launches right from the beach.

Another great town along the Space Coast is Melbourne. Its downtown area is filled with shops, restaurants and cool art galleries. It’s also home to the Brevard Zoo, a great place to spend the day with kids. The Space Coast really has fun for everyone.

Living about an hour away in the Tampa area, I spent a good amount of time in the St. Petersburg / Clearwater area. It’s another area of Florida that has something fun for everyone. This area is home to two of the top beaches in the United States, Clearwater Beach and St. Pete Beach. Central Avenue in Downtown St. Petersburg is a great destination for shopping, dining, and nightlife. If you’re looking for something family-friendly, visit the Clearwater Marine Aquarium or the Dali Museum, where kids can go on a surreal scavenger hunt.

Our home, our island, our paradise. AMI

A post shared by AnnaMariaIslandBeachcafe (@anna_maria_island_beach_cafe) on Mar 25, 2019 at 2:01pm PDT

Another thing I love about this area is all the locally owned shops, restaurants, and hotels. You won’t find any chains here. Two of my favorite restaurants in the area are The Island Creperie and Mr. Bones BBQ.

While Ft. Meyers has beaches and fishing, what really makes it unique is that it was the winter home of Thomas Edison and Henry Ford. In 1916, Henry Ford bought land in Ft. Meyers next door to his mentor, Thomas Edison. Now, both the Edison and Ford estates serve as museums where you can learn about their lives and their accomplishments. One thing that really stood out to me about the museums were the gardens, including the giant Banyan Tree, which is considered to be the largest in the United States.

Florida is a BIG state with a lot more to see than just Disney World. Check out some of the other amazing attractions that Florida has to offer! 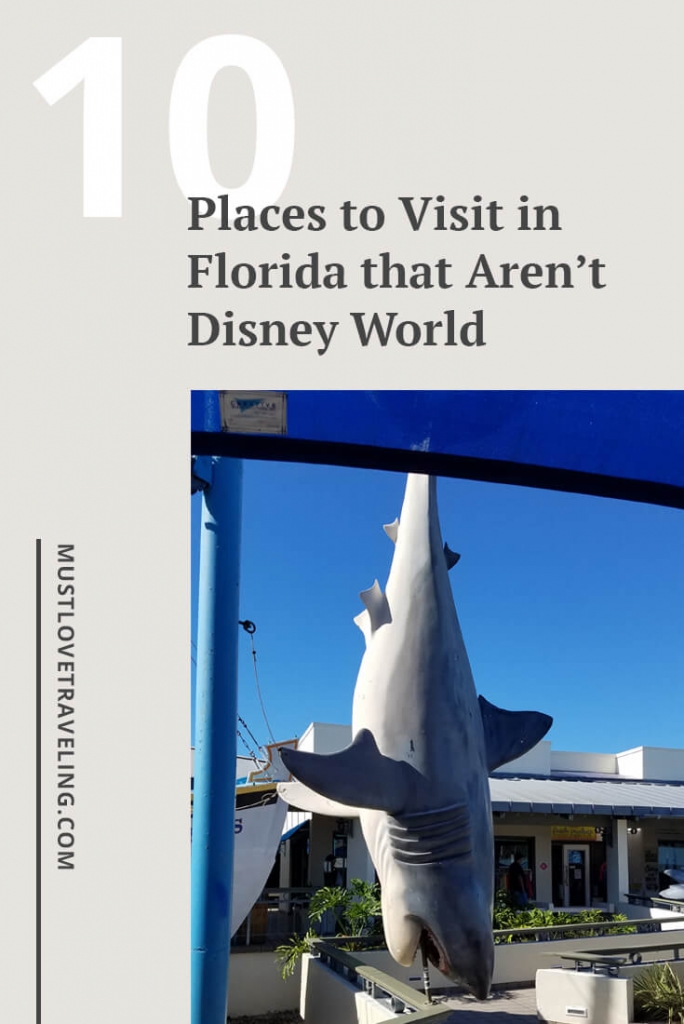 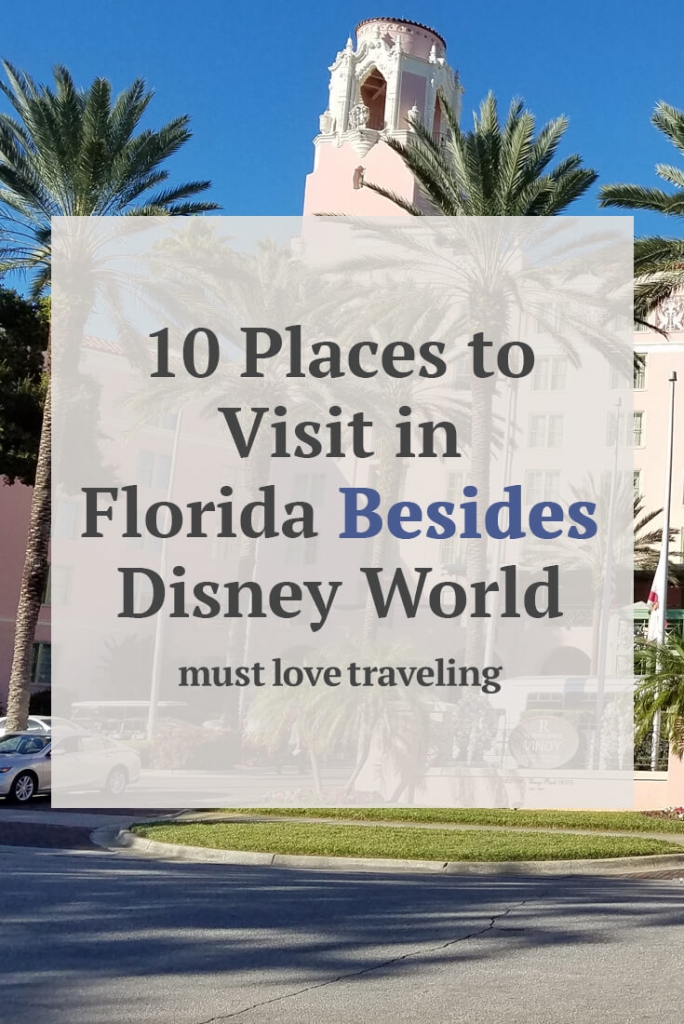 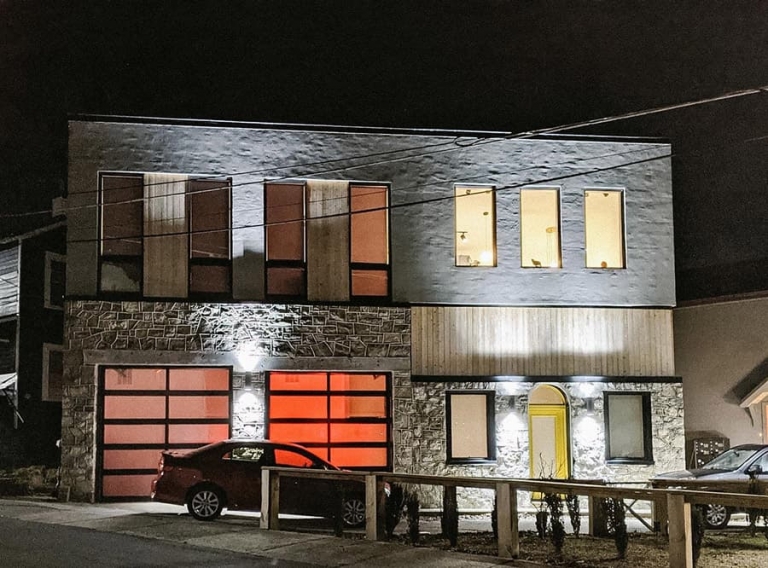 Cool Airbnb in Virginia: Staying in an Old Auto Shop! 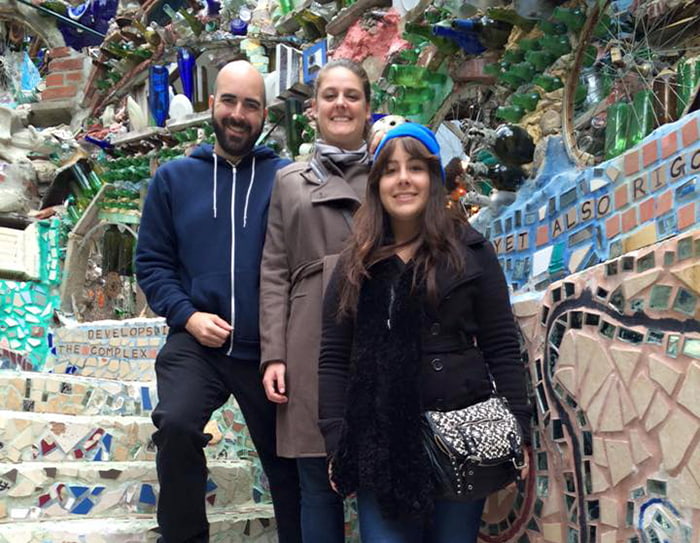 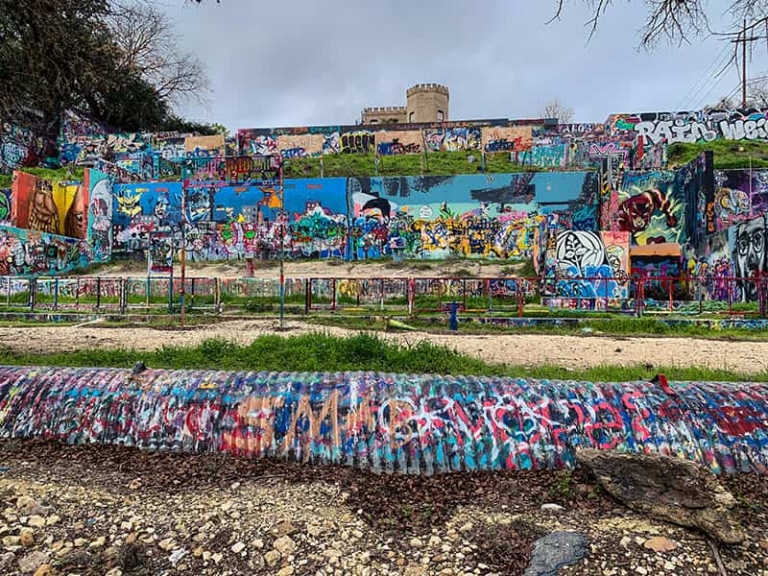 One year ago we were in Santa Fe at Meow Wolf, an

A few weeks ago when we were in Virginia, we visit

Check out our full tour of this Airbnb by clicking

This awesome Airbnb in Winchester, VA used to be a

Our Airbnb used to be an old auto repair shop! L